The Decrypter and the Pythagoras App (A Calla Cress Technothriller)

*** The fifth book in the explosive bestselling technothriller series *** 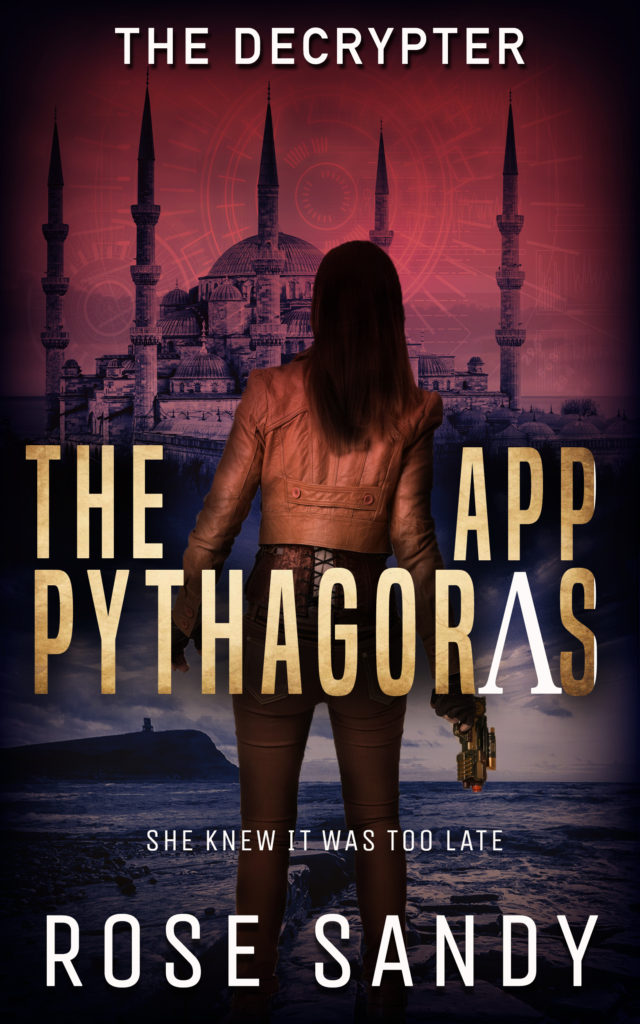 An astronomer from an ancient world. A mathematician she adored.  An app that is driving the world into a coma.

Museum curator, turned cyber agent, Calla Cress, didn’t want to know the future. Heck, the future can wait, but not when it’s wiped clean her present. Calla finds answers in every encrypted cipher, code, and script. She wants one thing… anonymity, but not when she wakes up on the Nile bank in Alexandria without an identity she doesn’t recognize.

In cyberspace, something strange is happening. A series of horoscope predictions run by a dangerous app start to come true. And more people begin downloading the app. When the app makes an alarming prediction about Calla’s future, she is at a standstill. Calla is forced to confront a dark part of her she thought she’d dealt with, and a malicious enemy uses her past to control the most unimaginable powerful technology in the world.

Calla must disarm the app before it makes an alarming global prediction. But what if the app was created centuries ago by a student of Pythagoras and only they can deactivate the app.

In this fast-paced cyber-thriller, packed with hairbreadth escapes and international cyber espionage from the shores of Turkey, to the allure of Peru, from Europe’s secret technology markets to Scandinavia’s innovative tech markets.

The Decrypter: The Pythagoras App is Book 5 in the Calla Cress Technothriller series, but can be read as a stand-alone story.